Many politicians, government employees and corporate managers perceive the COVID-19 vaccine to be the ‘holy grail’ that will allow the world to return to business as usual. As a result, many of them are anxiously awaiting the announcement that a vaccine has successfully passed the final phase of testing. Unfortunately, it remains far from sure that the vaccine will be effective enough to allow for a return to normal in the near term.

Whether or not this will be the case, depends on the efficacy, production and distribution of the vaccine. As can be seen above, these factors are all associated with a significant amount of uncertainties.

Looking solely at the efficacy of the vaccine, it remains unclear whether the approved vaccine provides complete immunity from the virus. For example, it could be that the vaccine only provides partial immunity from the virus. This would mean that individuals can still suffer from mild symptoms or that multiple doses are required to secure immunity.

As can be seen above, having a safe and effective vaccine is just the first hurdle that must be taken. Once a vaccine has passed the final trial of testing, it remains to be seen if and how fast suppliers will be able to produce hundreds of millions of vaccines. That production problems can result from very simple things was shown in 2009. Although the production process of the vaccines themselves was successful, there was a lack of facilities to package them. This resulted in a delay in the logistical process.

In addition, after producing the necessary vaccines, they must be transported to governments who have to set up distribution campaigns to the general public. It remains unsure whether both the producers and governments are capable of setting up such a massive distribution campaign. Some of the current leading vaccine candidates will bring additional logistical problems as they have to be stored at extremely low temperatures. This significantly reduces the availability of shippers capable of distributing the vaccine to the masses and would slow down the process.

The issue briefly discussed above demonstrate that it is unlikely that the world will return to normal in the coming months. Even if an effective and safe vaccine would be ready in Q1 of 2021, it will take considerable time before it is available to the wider public. Moreover, it remains far from sure that the vaccine will actually allow individuals to ‘go back to normal’. 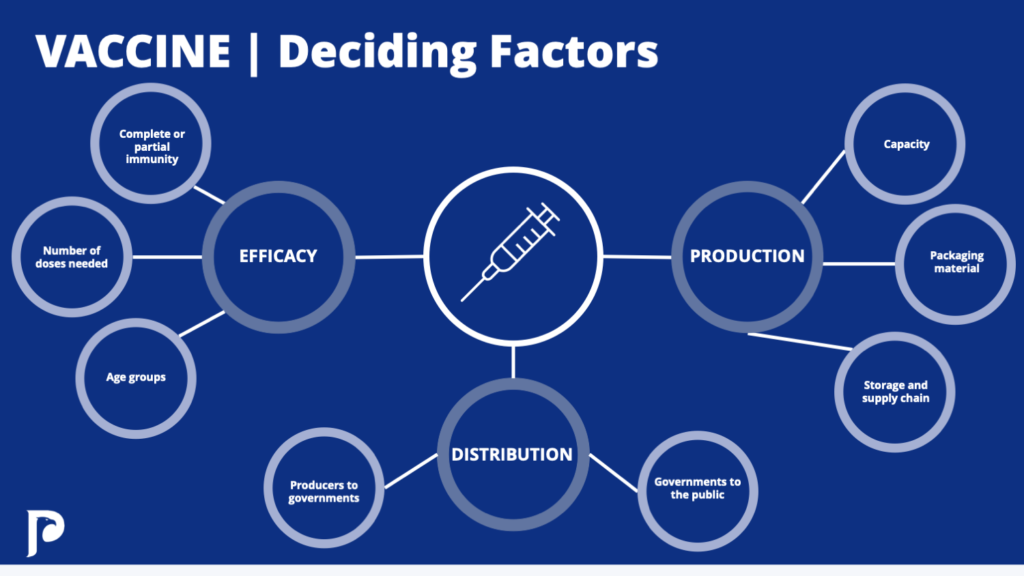 Support in setting up
projects.

External advice: does
our travel process meet
the requirements of
security?

This website uses cookies to improve your experience while you navigate through the website. Out of these cookies, the cookies that are categorized as necessary are stored on your browser as they are essential for the working of basic functionalities of the website. We also use third-party cookies that help us analyze and understand how you use this website. These cookies will be stored in your browser only with your consent. You also have the option to opt-out of these cookies. But opting out of some of these cookies may have an effect on your browsing experience.
Necessary Always Enabled
Necessary cookies are absolutely essential for the website to function properly. This category only includes cookies that ensures basic functionalities and security features of the website. These cookies do not store any personal information.
Non-necessary
Any cookies that may not be particularly necessary for the website to function and is used specifically to collect user personal data via analytics, ads, other embedded contents are termed as non-necessary cookies. It is mandatory to procure user consent prior to running these cookies on your website.
SAVE & ACCEPT